Laser light therapy is the use of a low-powered red light that penetrates wavelengths directly through a person’s skin. It is a painless, chemical-free procedure that produces no heat; so the emitted light creates no feeling when it comes in contact with surface epidermis. During the treatment process, low levels of red light penetrate body up to 8 inches, depending on lasers used. Studies conducted on red light therapy have shown it can be used as a viable drug-free method used to treat a number of medical aliments and cosmetic conditions in the fields of neurology, physiotherapy and dermatology.

Through the centuries, the use of red light therapy has evolved through the research and practices of scientists around the globe. Although a relative ‘newcomer’ to the world of Eastern medicine, the origin of light therapy can be traced back as far as ancient times. It was the Greeks who first realized that exposure to light produced healing properties that could aid in health restoration.
In the early 1800’s, Danish physician Dr. Niels Finsen, was awarded the Nobel Peace Prize for his work in demonstrating the positive effects wavelengths could have in the treatment of tuberculosis.

During the 1960’s, European researchers found that certain single wavelengths had a significant therapeutic effect on the treatment of tissues through a process called photo-stimulation. A good example of photo-stimulation would be the practice of using light to treat newborns with jaundice, a common condition of the liver that causes yellowing of a baby’s skins and eyes.

Toward the late 1960’s, not long after the first working laser was invented, a Budapest scientist by the name of Endre Mester made a breakthrough discovery on the effects of treatment with a low powered ruby laser. Like other scientists of his era, Mester attempted to use a high-power laser to destroy malignant tumors. He implanted tumor cells beneath the skin of laboratory rats and exposed them to a customized light. To his disappointment, the tumor cells were not destroyed by doses of what was presumed to be high-power laser energy. Instead, he observed the skin incisions made to implant the abnormal cells appeared to heal faster in treated animals, compared to incisions of control animals that were not treated with light. Having no effect on the tumor; the low-power light, instead, stimulated the skin to heal faster. Through his experiments, Mester was one of the first to discover how photons are absorbed by mitochondrial chromophores in skin cells; and how the activation of stem cells allows increased tissue repair and healing.2 His research uncovered the therapeutic value of red light; documenting how different wavelengths of light can promote healing of skin, muscle, nerve, tendon, cartilage and bone, as well as dental and periodontal tissues. It was Mester’s initial work that eventually led to expanding the field of mono-chromatic light treatment for continual research in the medical world- for which he earned the moniker- the ‘Father of Photobiomodulation.’

Fast forward to the 1990’s, where NASA scientists pioneered technologies using red lighting for space missions. Originally used to cultivate plant growth in the confinement of a space vehicle, further extensive research found that the use of red light penetrated deep into tissues could not only stimulate cell growth; it could promote healing in both humans and animals.

How does red light therapy work? 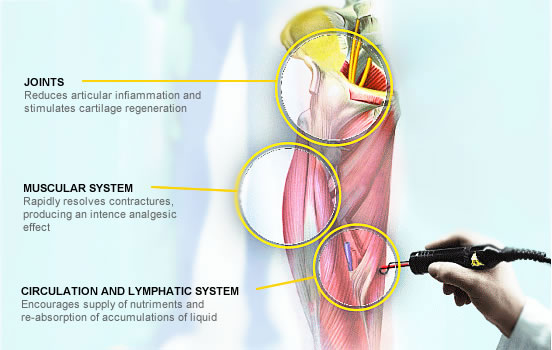 For over 30 years light therapy has proven to have powerful therapeutic benefits to living tissue in our body. It is a known fact that our bodies need light; without it, we would experience physiological and emotional changes, as well as become dangerously deficient in vitamin D. Our bodies, in general, have specific reactions to light, but with red light therapy in the 600–900 nm range, light energy has the ability to pass through human tissues much easier than other wavelengths. Once red light wavelengths are penetrated and absorbed into the skin, it transforms into cellular energy where it not only stimulates our body’s natural processes- it ‘jump starts’ a variety of metabolic events such as:

When the energy from light is absorbed by our bodies, specifically in the 600 nm to 900 nm range, research indicates it can generate biological responses. One of these responses is the stimulation of ATP (adenosine triphosphate), which is the mode of chemical energy transportation at the cellular level. The cells receive this rejuvenating and stimulating ‘energy boost’ that enables them to perform their natural functions at a heightened level. Affecting all layers of the skin, red light therapy can reach blood vessels, lymph pathways, nerves, and hair follicles- dependent on which part of the body the red light is projected.

Another way of understanding the biological responses that occur during light therapy is to consider the color red. According Leanne Venier renowned engineer, scientist and expert on light frequencies and the healing affects of color therapy, red light is naturally attention-getting, energizing, stimulating and “representative of survival, joy and passion” in humans because of how it effects of our central nervous system. In addition to garnering our attention, the color red also has the ability to induce a ‘fight or flight’ reaction that speeds up (improves) blood circulation, causes our heart to beat faster, increases sweat gland production and elevates our stress levels. Although one might think that being effected by the color red in this manner might not be such a good thing; it can, in fact, aid in the healing process because these specific wavelengths of red light create a biochemical affect in our cells that serves to increase mitochondrial function. Much like the sun’s UV rays that have an effect on our skin (sunburn, freckles, and tanning) red light therapy can activate our body’s natural defense system. It also has the profound ability to reactivate complex nutrient systems in our bodies- which can aid in rejuvenation or healing processes.

Light-emitting diode (LED) technology has provided medicine with tool that has the capability to deliver light deep into tissues of the body, at wavelengths in the higher range (600-1000nm- deeper penetration) which are optimal for healing wounds, reducing pain and repairing tissues. The effect of LLLT in relation to wound healing can be explained by several basic biological mechanisms.

Red light therapy has become increasing popular because of its ability to stimulate skin tissue, regenerate and improve the appearance of facial skin. During LLLT treatments, circulation is increased and fibroblastic activity, collagen production and healing are promoted. This effect has produced positive results in the increase of collagen density, improved skin tone, texture and feeling of the complexion- along with reduced roughness of the skin, wrinkles and fine lines. Research and clinical trials have shown that red light therapy is an effective treatment for a number of skin conditions such as Rosacea and acne.

Alopecia (loss of hair) is a common disorder affecting more than half of the population worldwide. Androgenetic alopecia, the most common type, affects 50% of males over the age of 40 and 75% of females over 65. Although controversial in its ability to reverse the effects of balding, controlled clinical trials have demonstrated that LLLT can promote hair growth in both men and women by stimulating epidermal stem cells in the hair follicle bulge and shifting the follicles into anagen phase (the hair growth cycle when the hair enters a state of active growth).

Before & After Red Light + Near Infrared Therapy